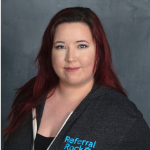 Updated 6 months ago by Tyra Earl

How did we do?